Which food causes cancer: The word cancer is a very broad term that encompasses more than 200 types of diseases. Each of these types of diseases can have completely different characteristics from the rest of the cancers and can be considered independent diseases, with the causes of cancer, its evolution and its specific treatments.

However, they all have a common denominator: cancer cells acquire the ability to multiply and spread throughout the body without control.

It is very common to hear the phrase “that can cause cancer” and it is true, many foods today can cause terminal illness if they are consumed for a long time. According to the Natural News portal, it has been scientifically proven that many foods substantially increase the risk of cancer. In addition, an article published in Business Insider magazine explained that any food sealed in plastic that is designed to last for months can increase the risk of contracting cancer.

Food has a close relationship with health, we know that what we eat or stop ingesting has consequences, good or bad, with respect to how we feel.

In this regard, there are various studies that have analyzed certain foods to verify their benefits, or on the contrary, the diseases that we could have when consuming them.

The World Health Organization ( WHO ), through its International Agency for Research on Cancer, has drawn up since 1971 a list of agents that are considered carcinogens, which are classified into 4 groups.

In 2015, the WHO determined that the consumption of processed meat causes colorectal cancer, which is why it was entered into Group 1, a category used when there is sufficient evidence that the analyzed agent causes cancer in humans, they explain.

In that same year, it also determined that red meat could be an agent that promotes the development of colorectal cancer, which is why it was classified in Group 2A, which is based on limited evidence from studies.

The limited evidence means that a positive association between food exposure and cancer has been seen , but that other explanations for the observations cannot be ruled out, the WHO states .

Do you want to know Which food causes cancer? Read this article!

Do you frequently consume processed meat such as salami, bacon, sausage …? Without wanting to alarm you, we advise you to review your menu.

The World Health Organization analyzed 10 scientific studies and showed that consuming just 50 grams of processed meat per day is enough to increase the risk of developing colorectal cancer by 18%.

It’s hard not to salivate over a good, juicy piece of meat! Although delicious, red meat hides a dark secret.

According to the same WHO study, people who consume 100 grams of red meat daily have a 17% higher risk of developing colorectal cancer.

To remove this possibility, you just have to reduce the daily consumption of red or processed meat. You can alternate it with legumes or with tofu, for example.

Some health institutions recommend cooking meat to avoid catching certain diseases. But it should not be overcooked, as the risk of developing cancer is increased.

When meat is overcooked or burned on the grill, polycyclic aromatic hydrocarbons (PAHs) are produced, a group of carcinogens.

Steaming or baking decreases the production of PAH.

Do you like coffee, tea, soup …? Before swallowing them make sure they are not too hot. According to the WHO Agency for Research on Cancer, drinking liquids warmer than 65 degrees Celsius increases the risks of esophageal cancer.

We all know that soft drinks make you fat, but did you know that they can also increase your risk of getting cancer? Some Swedish scientists say so.

In 2012 they published a study in the American Journal of Clinical Nutrition, in which they concluded that a man who drinks a can of soda a day has a 40% higher risk of contracting prostate cancer. The risk increases for men over the age of 45.

Yes, salmon is rich in omega-3s, but if we want to reduce the risks of having cancer, we must know its origin.

A study published in 2004 concludes that organic pollutants in farmed salmon are much higher than those of wild salmon. A person who consumes this type of salmon once a month, over time develops more risks of contracting cancer than if he eats wild fish.

We all like pasta, it is part of our diet and many people consume it once a week. However, a high consumption of white paste favors the appearance of lung cancer, even if we have never smoked!

Researchers in Texas established the link between lung cancer and carbohydrates. The more carbohydrates a food has, the more it favors the appearance of cancer. And pasta contains many!

The previous study also talks about white bread. This popular food increases the risk of lung cancer by 49%. By raising the level of glucose in the body, the possibility of developing cancer is favored.

Do you want another good reason to prefer whole wheat bread?

These tomatoes are popular because they are cheap and easy to prepare. However, the XenoAnalytical LLC laboratory, affiliated with the University of Missouri, published in 2008 that some canned products, especially tomato sauce and juice, contain bisphenol A. This is a chemical component that is used to make articles of plastic, such as records and water bottles.

In addition to increasing the risk of breast cancer, bisphenol A increases the risks of developing hyperactivity, attention deficit, hormonal disorders, and obesity.

We know that milk is rich in calcium, which is beneficial for the bones. But a study carried out in 2004 states that men who consume a lot of milk increase the risk of developing prostate cancer by 68%.

Everything suggests that this is due to the animal fat present in milk. But beware! This does not mean that you should never drink milk. As long as you do not exceed 2 glasses of milk a day you will be protected.

The refined sugar or white sugar is the chemical term for sucrose, which is obtained from the extraction of sugar cane. This is a source of energy, sucrose combined with glucose in the body generates a chemical reaction that supercharges the cells. In addition, it does not generate any type of health benefit; it has no nutrients and minerals.

The excessive consumption of sugar can cause many disorders and diseases, it is directly associated with diabetes and obesity ; heart, liver, and kidney problems; psychological disorders such as depression, panic attacks, hyperactivity and in extreme cases sugar addiction.

The best way to replace this element is to deal with impure sugar, this refers to brown sugar, this is the component that is extracted from sugar cane before undergoing the chemical change to become white, brown sugar contains vitamins and minerals that are good for the body. Another option may be trying unprocessed natural sweeteners.

Different studies in animals verify the relationship between the development of cancerous tumors (especially in the belly) and the consumption of genetically modified products.

Many foods are prepared with this type of oil. According to a French study, these promote the appearance of breast cancer and increase the risk of suffering from cardiovascular accidents.

Vegetable oil is found in many dishes sold in supermarkets. To reduce the risk of getting cancer, you have to reduce the amount of prepared dishes you buy and use olive oil at home.

ts easy preparation is usually an extra point when buying canguil, but this food to watch movies has chemical compounds that are linked to various types of cancer and could also cause infertility. The diacetyl is the compound used to give artificial butter flavor and is linked to lung disease.

The bucket also has perfluorinated compounds that are found inside the bags so that they resist fats and prevent oil from seeping, the perfluorinated ones are also found in pizza boxes, plastic for sandwiches, Teflon pans and other types of packaging for foods. The problem with this compound is that it breaks down into perfluorooctanoic acid (PFOA), a chemical that could cause cancer. In addition, that chemical stays in the bloodstream for a long time.

Another ingredient that is used in the microwave bucket is butyl hydroquinone, which is used to preserve the oil and makes it explode in the bucket, this chemical is made from butane gas that in certain cases can cause dizziness and in children be a trigger. of hyperactivity and attention syndrome, in addition to asthma, allergies, dermatitis. It should be mentioned that in laboratory tests this substance has caused cancer in animals.

Unfortunately if you substitute the popcorn for the French fries it will not be better. According to the “European Food Safety Authority”, when French fries are subjected to high temperatures a potentially carcinogenic chemical component (acrylamide) binds to them.

There is 500 times more acrylamide in potato chips than the maximum amount that WHO recommends for water.

They also contain acrylamide. A Swedish study found that this substance is also found in cigarette smoke.

Peanuts are full of vitamins and minerals, but in some cases they can promote cancer.

Poorly processed or poorly preserved peanuts contain a lot of aflatoxin, a substance produced by mold and mushrooms, which increases the risk of liver cancer.

In some countries in Africa and Asia, there is a risk that peanuts contain aflatoxin. If you travel to these regions of the world or live there, then you better not eat peanuts.

Manufacturers use chlorine and chlorine dioxide to clarify flour. Inhaling them is not good for your health. So imagine what happens when we eat them.

In addition, white flour has a high glucose index and increases blood sugar, which increases the risk of developing diabetes and cancer tumors.

So whole wheat flour is better for health.

however, there are no doubts: there is scientific evidence that proves that alcohol is the direct cause of several types of cancer such as liver, breast, mouth or esophageal cancer, among others. Not only that: it is also a source of empty calories, that is, of those that do not provide any nutritional benefit to our body, but which, on the other hand, does cause significant weight gain.

What is a dash diet: lower high blood pressure 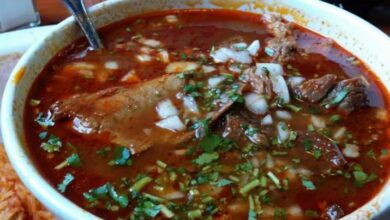