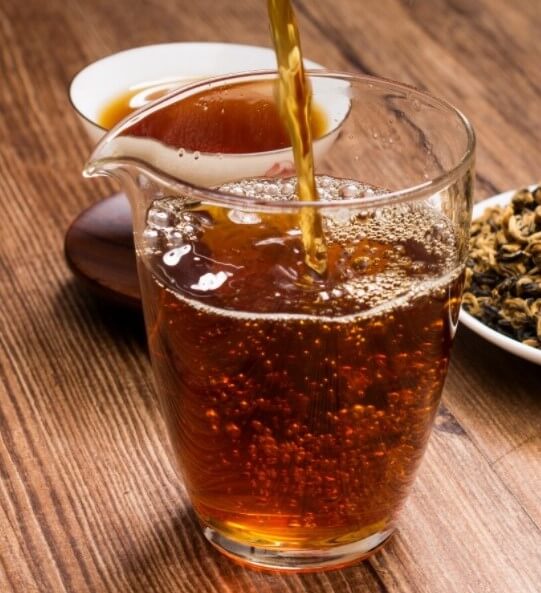 Barley tea benefits: barley is the ideal cereal for this time of year. Its slightly refreshing effect helps us feel more relaxed and flow with the energy of this season.

Barley is a very effective cereal to reduce cholesterol , and this drink is especially indicated to eliminate excess fat of animal origin that we may have accumulated throughout the winter.

In addition, it has a toning effect on the liver. And its consumption will help us relax. As it is a soft drink, we can drink it daily.

The benefits of barley tea are news to some and familiar to others. It is a common component of the diet of many people. The truth is that the consumption of this grain, in any of its forms, is favorable for health.

The reason why this happens is that in this cereal there is an accumulation of nutrients that act to protect the organism and prevent the appearance of certain diseases. Discover in this article what its benefits are and how you can prepare the infusion.

What is barley tea?

Barley tea is a drink that has been consumed since ancient times in Asian countries, such as Korea and Japan. It can be served hot or cold .

To prepare it, barley was roasted and then boiled in hot water, but today it is also made from ground grains and that is how it is marketed. It has a slightly bitter taste so it can be combined with other ingredients such as cinnamon, corn and honey.

One of the peculiarities of this infusion is that it contains nutrients such as magnesium, potassium, zinc, phosphorus, vitamin K, B complex substances and fiber, among others. From there derive, then, the benefits of its consumption.

According to various studies, the intake of barley and its infusions has action in regulating serum levels of cholesterol and sugar. In the same way, it is an immune system stimulant.

This infusion provides a considerable amount of dietary fiber . One of the effects of this nutrient is to form insoluble complexes with cholesterol, thus reducing its intestinal absorption.

Thanks to this, it maintains normal levels of this lipid, increasing protection against the risk of cardiovascular diseases. They are associated with the appearance of atheroma plaques in the arteries that hinder circulation.

According to a study published in the journal Oxidative Medicine and Cellular Longevity, the regular intake of this infusion has an antidiabetic effect. Another action of dietary fiber is to maintain normal insulin levels and, therefore, also regulate glucose and prolong satiety.

In the germ of this grain, there is a substance called hordein that acts as an intestinal antiseptic. Consequently, its intake can positively influence the treatment of colitis and diarrhoea, as well as various infections linked to peristalsis.

In addition, fiber keeps the intestinal microbiota in balance and helps increase the volume of stool. In relation to this, science shows that this infusion reduces the chances of developing hemorrhoids.

Thanks to its contribution of vitamin C and antioxidant substances, it helps to strengthen the immune system. Various mechanisms stimulate, through nutrition, a sustained and continuous action of white blood cells. In addition, it also contains iron, making it useful to prevent anemia and fatigue.

Read also: How much caffeine in tea

How to prepare it at home?

Preparing this drink is simple . You just need to have the ingredients on hand. If you’ve never tried it, write down this recipe. You will need the following:

These are the steps you must follow to obtain the benefits of barley tea from its preparation in the form of an infusion:

It is advisable to introduce this drink with caution into your routine, since due to its high fiber content it can accelerate the intestinal rhythm. Keep in mind, also, that to obtain the benefits it has you must take it routinely along with a healthy diet.