Increasingly I like to know, try and prepare Asian recipes, and lately especially Japanese. I love the way they highlight the flavor of each ingredient and season it, and the best of all is that they are recipes that use the most natural and healthy ingredients as it happens in this dish.

This recipe for homemade ramen or Japanese soup is one of my favorite spoon dishes. It is comforting and delicious and combines a series of ingredients that make ramen a complete dish, very adaptable to our tastes and from which I recommend that you prepare a large amount because it is worth it.

My intention is that everyone can prepare homemade ramen without complications. There is a whole world around ramen, lots of ways to prepare it and different ingredients, that’s why I have made my own version with ingredients that are mostly very easy to find and especially with an incredible homemade flavor. If any ingredient is not within your reach, you can ask me in the comments for a possible substitution, but you can also encourage yourself to do like me and order them online as there are more and more online Asian food stores.

If you are interested in Japanese food you will surely love this post on how to prepare sushi at home step by step with tricks for perfect rice, it is a recipe that I make at home quite a lot because we love sushi and eat it in large quantities and make it at home It is inexpensive, fun and great. You may also like salmon sashimi with wasabi, ginger and soy sauce, and of course the famous teriyaki chicken with basmati rice the gyozas or Japanese dumplings, a delicious dumpling.

Ingredients for the recipe for homemade ramen or Japanese soup (6 people):

Preparation, how to make homemade ramen or Japanese soup:

Time: about 2 hours, depending on the type of pot and some rest

Ideally, the ramen reaches the table with the hot broth so that all the ingredients are heated, both those that were previously made and the last. You can make the broth and bacon in advance and even freeze them, and the rest of the ingredients (eggs, vegetables, noodles) are usually prepared just before serving (the eggs first so that they are dyed a little with the marinade).

For cutlery, I recommend serving a spoon and also some chopsticks to pick up the solid ingredients. You will wonder how to eat everything that is not cut … well, the recommendation is to eat the eggs with the spoon and the vegetables (for example the pak choi) and the bacon, just take it, give them a bite and leave the rest in the plate. Enjoy this comforting Japanese soup that is authentic … scandal!

Variants of the recipe for homemade ramen or Japanese soup:

There are so many variations of ramen that it is difficult to concentrate them all. However, thinking that my intention with this recipe is to approach homemade ramen with ingredients that we can easily obtain, I am inclined to suggest for example changing the chashu or marinated bacon for simply minced pork or even using another piece of pork, for example, shoulder, to cook it with the broth and then simply serve it frayed. It can also be prepared instead of meat with a seafood, for example, mussels, clams, prawns, prawns …

As for the vegetables, experiment and add the ones you like the most, such as bamboo shoots, other types of mushrooms, cabbage that you like the most, sauteed chives and even sweet corn. And for those who are looking for a very Japanese touch, I suggest adding a little nori seaweed, dried bonito powder or the famous kamaboko that is that white fish meat pie with a pink spiral in the center that is usually used. serve in slices.

Most ingredients can already be found easily in supermarkets, such as soy sauce, fresh ginger, and even Chinese cabbage pak choi, but others like sake, ramen noodles, mirin, or sake are sold only at Asian ingredient establishments. The good thing is that it is getting easier to buy these ingredients online in online stores.

you may interest by high blood pressure diet menu

what is the best drink for high blood pressure? 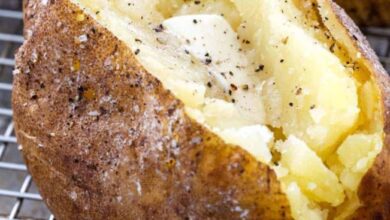