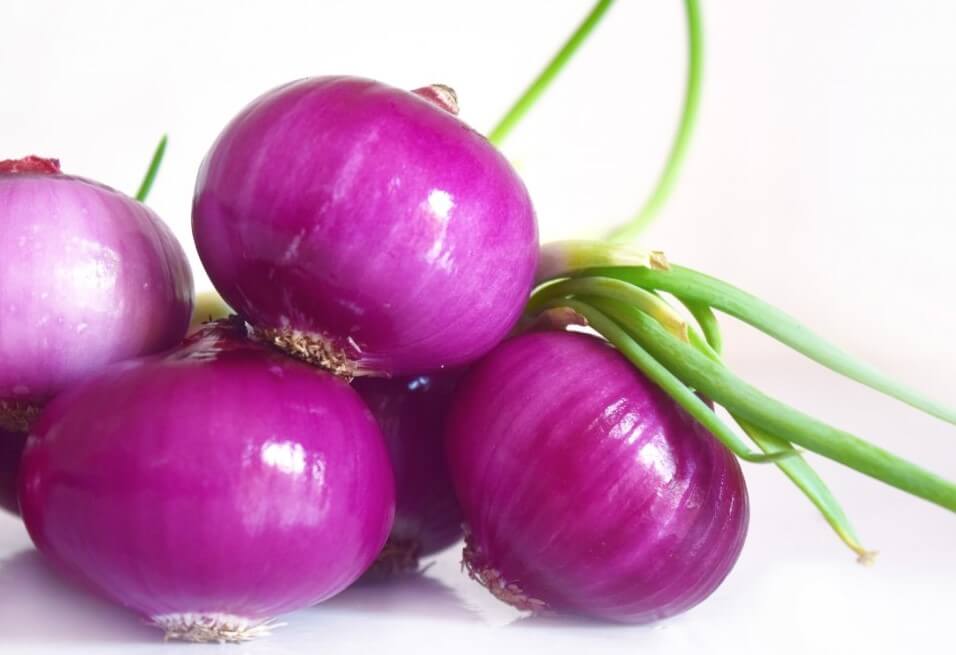 the onion: Being rich in vitamins A and C, onion is ideal for alleviating respiratory diseases. Thanks to its sulfur-rich compounds, it has the ability to reduce the symptoms of bronchitis, colds and colds.

the onion is one of the most used Allium species not only for culinary preparations but also for medicinal purposes. Onions have long been valued for having a number of health benefits, including antiplatelet and antithrombotic properties.

Surely you already know some of the properties and benefits of onion. It is a food that can prevent and support the treatment of common diseases . If you want to know more, read on to know about the properties attributed to onion.

the onion, an ally for health

You must not forget that the best way to stay healthy is to follow a balanced diet and lead a healthy lifestyle . Natural foods or remedies, even if their properties are proven, should never be used as an alternative to medical treatment. Also, a drastic change in diet should be consulted with a nutritionist.

That said, the onion is much more than just an ingredient in cooking, although it is commonly used in all kinds of dishes. Since ancient times its infinity of properties has been used in very different ways and for ailments of all kinds.

This vegetable is rich in nutrients, vitamins, minerals and trace elements such as calcium, magnesium or iron. It has bactericidal properties and stimulates the functioning of the liver and gallbladder. But to take better advantage of all these properties, better to eat it raw.

Furthermore, the genus Allium, especially garlic and onion, is an important source of dietary phytochemicals with proven antioxidant properties.

They are rich in organosulfuric compounds, quercetin, flavonoids, saponins, and others, which can function as cardiovascular and cardiac preventives, anti-inflammatories, antidiabetics, antioxidants, neuroprotectors, and immunologists.

However, as we have commented, it should not be used as an alternative to the treatment of any condition . On the other hand, although consumed in moderate amounts and within a balanced diet, the onion does not have any contraindications, it is advisable not to abuse it.

What are the benefits of the onion?

We already know some of its compounds and properties. Let us now look at the health benefits attributed to onion.

According to studies, having a high degree of quercetin promotes blood circulation. On the other hand, although the components present in the Allium species have been reported as anticoagulants, there is no conclusive evidence on the antithrombotic effect of onion.

Although there is really no scientific evidence to support it, it is believed that onion has antianemic properties, since it provides us with phosphorus, iron, and vitamin E , elements that help to replenish blood loss and regenerate red blood cells.

Being rich in vitamins A and C, onion is ideal for alleviating respiratory diseases. Thanks to its sulfur-rich compounds, it has the ability to reduce the symptoms of bronchitis, colds and colds.

Due to its sulfur components, onion is a good anti-asthmatic and anti-inflammatory and has bactericidal properties. Therefore, one of the most widely used traditional remedies in infectious processes of the respiratory system.

Quercetin is a polyphenolic flavonoid . Common dietary sources are apples, onions, berries, and red wine. Some studies have found a relationship between dietary quercetin intake and cardiovascular disease, as well as a reduction in blood pressure in hypertensive people.

Prevents diseases of the nervous system

Organosulfurous compounds, such as allium and allicin, are present in large quantities in garlic and onion, and have been shown to be neuroprotective . In addition to their antioxidant activities, allyl-containing sulfides can activate stress response pathways, resulting in an increase in neuroprotective proteins .

Visit this article:  Foods that relieve ringing in the ears

The onion is perfect to include it in the diet, either to lose weight or for other health issues. Due to its low caloric value and its high fiber content, it is ideal for weight loss diets.

Furthermore, some studies suggest that onion has properties that act against obesity, as they improved the lipid profile in rats fed a high-fat diet.

It is an antioxidant

Onion has antioxidant powers because it contains vitamins A and C, sulfur, and flavonoids, such as quercetin and anthocyanins. For this reason, some research suggests that it helps combat cellular aging and degenerative diseases.

On the other hand, onion can act as a natural antiseptic. In this study, the red onion extract showed a potential antimicrobial activity, while the yellow onion showed a moderate effect and the white onion a greatly diminished or insignificant effect.

You have already been able to verify it, there are many benefits of onion. Do not hesitate to include it in your diet , raw in salads or as another ingredient in meals.