Brain food health! The brain is undoubtedly our most valuable and important organ since it acts as the director of our body. We reason, we think, we speak, we move and ultimately, we give thanks to him. So if it were within your power to help your brain stay healthy, strong and clear-headed for longer, wouldn’t you?

Think about it for a moment: the foods you eat have a huge impact on your body, affecting everything from energy levels to heart health and more. Your brain is no exception; According to research, there are things like the MIND diet (Mediterranean Intervention Diet for Neurodegenerative Retardation), which focuses on specific groups of foods that benefit the brain, that are related to better brain health, as well as the prevention of dementia.

Research also shows that these benefits cannot be obtained through the consumption of the same nutrients in the form of supplements. Although why is not fully understood, experts think it could be the way pills and food are metabolized differently in our bodies.

So A good diet is a key to our health in general, and to that of our brain in particular.

“The dietary pattern that has been studied the most is the Mediterranean diet,” an expert said.

Read also: The 7 worst foods for your brain

Here are what experts say are the top five foods you should eat for good brain health, and easy ways to include them in your diet.

Among all the foods included in the MIND diet, developed by researchers at Rush University Medical Center in Chicago, green leafy vegetables stand out as an especially important category.

According to researchers, in a study published in the journal  Neurology, people ages 58 to 99 who eat a full half cup of cooked green leafy vegetables, or a full cup of raw vegetables like lettuce each day, have less. cognitive impairment – equivalent to 11 years younger – than those who hardly consume green leafy vegetables. Researchers on the MIND diet recommend consuming at least six similar servings per week.

Get more: Start your day with an omelette with kale and mushrooms; mix a cup of baby spinach with your pasta; When serving dinner, add a handful of arugula to your plate first, and on top of it, the food.

Although all fruits provide nutritional benefits, only berries appear to have the power to improve brain health. According to a study published in the  Annals of Neurology, women 70 and older who consume one or two half-cup servings of blueberries and strawberries per week have brains that function as if they were two and a half years older. younger than those of women who hardly consume berries.

Researchers claim that it may be because of the flavonoid compounds in berries, especially anthocyanins, pigments that have powerful antioxidant and anti-inflammatory properties, which give the berries their beautiful hues. Based on these studies, the MIND diet researchers suggest consuming berries two or more times per week.

Get more: Blend frozen blueberries into smoothies; add slices of strawberries to salads with avocado and walnuts; smash raspberries on toast with peanut butter instead of grape jelly.

According to a  2016 study published in the journal  Neurology, consuming fish even just once a week can protect against cognitive decline. When the researchers monitored more than 900 men and women in their 70s and 80s for about five years, they found that those who ate the most fish suffered less memory impairment and other measures of brain health compared to people who rarely ate. fish or shellfish. One reason, scientists say: Omega-3 fatty acids found in fish, which previous research has found, can protect the brain in a number of ways.

However, Omega-3s are not the only healthy fats for the brain. Researchers have found that extra virgin olive oil, for example, contains compounds that can remove plaques and small tangles in the brain, delaying disease progression.

Eat more: Instead of a ham sandwich, eat a tuna sandwich; Instead of grilled chicken, add salmon to a Caesar salad; Make fish tacos with mango salsa for dinner on Tuesdays.

When it comes to eating for brain health, it’s okay to go a little crazy. Researchers recommend consuming five or more servings of foods such as almonds, walnuts, and pistachios per week. According to a study conducted by Harvard University, women age 70 and older who consume five or more servings of nuts a week, for example, score higher on cognitive tests compared to women who do not consume nuts at all . The researchers say this may be due to the high concentration of nutrients in the walnuts; Previous research has linked them to lower levels of inflammation, a reduction in insulin resistance, and improved levels of fats in the blood, which can contribute to brain health.

Eat more: Sprinkle walnuts over breakfast oatmeal; add slices of almonds to a salad instead of toast cubes; For an easy snack, eat a handful of cashews and a small apple.

Preventing cognitive decline can be as easy as adding herbs or spices to food. Cocoa beans are a major source of antioxidant flavonoids, which have long been known to provide heart health benefits. More recent research has found that the flavonoids found in cocoa can also accumulate in the brain, especially in regions related to learning and memory, and can prevent damage and protect long-term brain health. Another spice to include turmeric, a potent source of the compound curcumin, easy to absorb and which can reduce inflammation in the brain.

Avocados, along with olive oil and other sources of monounsaturated fat (a type of healthy fat) “are interesting in the prevention of cognitive deterioration precisely because of their richness in this type of fatty acids and also in certain phytochemicals (nutrients of origin vegetable) “, says the dietitian-nutritionist.

Taken for breakfast, oatmeal helps control sugar and cholesterol levels, two fundamental parameters for good brain health. Oatmeal is also anxiolytic, albeit slow-acting, and it fights stress and other nervous system problems. Taken regularly, it improves concentration and performance in times of special intellectual effort. If you are on exams, incorporate it into your diet!

Several studies suggest that yogurt (always natural or Greek, without additives) not only helps regulate intestinal flora but that there is a direct relationship between the bacteria in our intestines and the correct functioning of our brain. This rich food can also dramatically improve mood and counteract anxiety, stress or depression.

Broccoli is a staple on the list of healthy items, as it is packed with benefits. Like cauliflower, cabbage or Brussels sprouts, it provides sulforaphane, an antioxidant with neuroprotective properties that helps preserve the integrity of the blood-brain barrier. In other words: it protects the brain from the attacks of free radicals.

In addition to being an extraordinary source of protein, egg yolk contains a high amount (around 30% of the recommended intake) of choline , a fundamental substance in functions related to memory; fetal brain development and in the prevention of heart or liver disease . This compound also helps eliminate compounds that could cause inflammation.

The lycopene contained in this superfood has proven to be a great ally for the prevention of many diseases such as stroke or stroke. Fresh, fried, crushed, in sauce … you can take this vegetable in any way, its properties will remain intact.

They are known as the Valium of nature for their high content of magnesium, a nutrient that acts in more than 600 metabolic functions and that appears as a sensational brain protector. However, it is a very rare good in our diet: up to 70 percent of Spaniards have a deficit of this nutrient.

Swiss chard is not only rich in magnesium, but it is a valuable source of potassium and vitamin K, making it an integral part of boosting cognitive development. And, obviously, your body will also appreciate its consumption: they only have 22 kilocalories if you prepare them boiled!

Apples, a source of antioxidants

It is one of the fruits with the highest concentration of flavonoids, substances with a powerful antioxidant effect. If you regularly incorporate them into your diet (a couple of them a day), you will notice an improvement in neural connections .

According to a study by the British University of Reading published in the ‘British Journal of Nutrition’, apples are a basic agent in the care of memory and cognition. It helps you protect the most vulnerable neurons and improves the neural functions of the brain. “Its antioxidants keep our brain in shape , facilitating concentration and helping to generate a feeling of mental well-being,” he explains.

Final considerations to take care of the health of your brain:

To recap, our tips, to keep the brain active and constantly working, are that in addition to incorporating these healthy foods that we have talked about and that help us protect our brain, perform moderate physical exercise daily, such as walking or dancing, And that you also take into account these other guidelines that will help us keep it in shape:

The latter is essential to disconnect from the problems and stresses of day to day, helping your mind to focus on relaxed activities and breaking harmful routines.

Which has a direct impact on the quality of sleep, blood pressure and the general health of your body.

Percentiles: is my baby growing well? 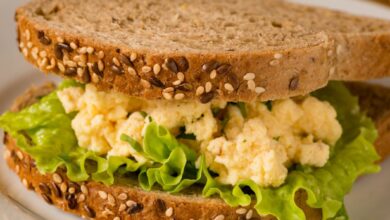